Locations - How did Kajukenbo Spread out?

Kajukenbo can be found today all over the World. Sijo Adriano Directo Emperado continued the work done in1947, when a group of five men decided to embrace the first assumed Mixed Martial Art ever. Kajukenbo florished by Sijo's efforts and some of his students that took Kajukenbo to the mainland.
Garcia's Method Official Schools keep the wishes of Sijo Adriano Emperado under the guidance of Senior Grandmaster Angel Garcia Soldado witch was his direct student from 1984 untill he left us in 2009. He is Sijo's sole representant for all Kajukenbo matters in Europe since 1986 and one of his closest students. Garcia's Method was made under Sijo's blessings and supervision.
Kajukenbo arrived in Spain in 1973 by the hand of a USAF military, Master Sergeant E. Shepard. By then no one could imagine that a boy from Torrejon de Ardoz could become the next Kajukenbo Ambassador and spread Kajukenbo in places no one could imagine. And if it's true that many of his instructors couldn't maintain their commitement, many more are coming to train and represent the lineage considered most effective and developed in Kajukenbo.
can't find a school ? 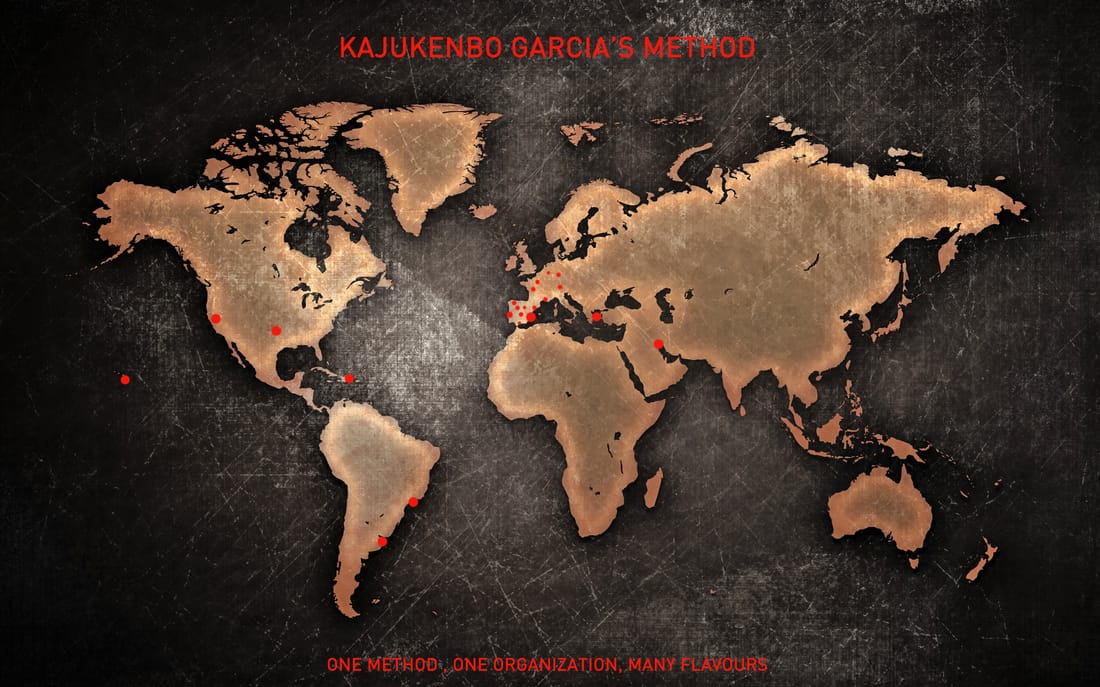